By Wekesa Madzimoyo February 06, 2020
I Love AYA. Parents, teachers, students here's another FREE AYA Educational Institute installment for your BHM curriculum stash.
Often overlooked as part of Black history and BHM education are our people's organizations and movements. Too often this month is filled with instruction about “The first Black to do this, and the first one to do that." In addition to being too "prove-it-to-white-people focused, it is also too focused on individuals. Today we take a different path. Using our call and response tradition, we focus on the impact of our people's movements had on music, and in turn the effect of our music to invigorate the Black Power movements in its various forms.
We're a Winner:

Our lesson started with "We're a Winner" by Curtis Mayfield.

Me: Not only does Curtis Mayfield encourage and affirm Black people he also exhorts the required level of commitment needed to win.


Assignment: "Listen to find the strongest commitment statement that Curtis sought to seed in us."
They listened. Some guessed. “He’s telling us to keep on pushing.” One student noted. Another said, “He’s reminding us that we can move up because we’re winners.”

What line communicates the strong commitment needed if we’re to be winners?

They listened again.
Nada. Nothing!


Ok, I said, “I’m going to play this one line and you tell me what you think it means.”

Curtis sings: “I don’t mind leavin’ here to show the world we have no fear, cause we’re a winner.”
Student: “Oh, he means "leavin’ here" like being willing to die for what he believes in,” one 11th grader reasoned. (Sidebar for Language Arts educators: It's a great time to talk about the power and the weakness of metaphors.)
Me: “Yes, that’s exactly what he is saying.”


This led to three key questions: At that time what were we fighting for, fighting against and willing to die for?
I loved the discussion and learning how much the students knew and were misinformed by the media.

Answer: We boiled it down to these three things.

Now, back to the discussion of the level of commitment need to achieve such victory.

Addressing the Fear Myth:
BHM Public Broadcasting and miseducation have stoked the myth that "standing up to fight oppression will get you killed while keeping quiet or "going along to get along" will keep you safe."

I asked: Have you ever heard of Trayvon Martin, Tamir Rice, or Sandra Bland?


After reminding some and teaching others, I asked: Did Tamir Rice's activism contribute to his death?
“No,” they said.
You're right! “It was the same in 1968,” I added, “and we decided that the best way to keep our families and our people safe and moving ahead was to fight oppression - even it meant risking our status, our jobs, our lives. Some are still living and most died a natural death." Question: "What happens when your enemy senses that your commitment to winning or to your goal is weak?
They got it! 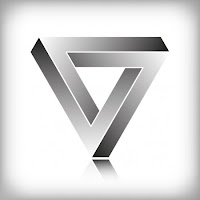 “Here’s another key line from the song. “Now that the blessed day has come, and I don’t care where you come from, we’re just gonna move on up.”
Me: What’s the blessed day that had come? Was he referring to us having already achieved the goals, having arrived, defeated racist oppression? Had we already “moved up?”
“No,” they said Me: So, what’s the blessing? What’s has “come” to celebrate? As they struggled, I smiled to myself and thought but never said, “this is a wonderful way to teach literary allusion. This is an allusion to an idea, not a person or place. The idea is expressed in AYA’s slogan: Fighting is Winning. Curtis was claiming victory because our people were demonstrating that we willing to die to win. Remember this was 1968.


Black people were rioting in over 110 cities. Sparked by April 4th death of Martin Luther King, injustice and racist oppression were the causes. For Curtis, that we had reached that level of commitment, was the blessed day that meant victory was imminent. When I came back from my reflection the students were still stumped at the paradox: "How can he say that the blessed day has come and we had not achieved victory, yet?
I said, “Put that in the oven, we’ll come back to this later.”

Now, lets’ go to an African cultural strength known as "call and response.”
When I say Hey, you say Ho. They joined in:

Call and Response: Is it just a musical thing?
Curtis, through his song, was calling us to a deeper commitment, and with it - promising us victory. No doubt, “We’re A Winner” touched many Black people -including me – and enlarged the Black Power movement.
Question: Was his call to us really his response to a call from the masses?
Let’s discuss this.


We'll also contrast Mayfield’s 1964 “Keep on Pushin” with his 1968 “We A Winner,” and when we examine another movement song from the same year by a man named “Brown.”
____________
Please use the lesson as you see fit. Credit AYA Educational Institute when you can. The most important thing is that you use it. Please let's move away from individualism under the guise of hero, shero worship. Let's locate our great contributions and contributors in the center of the families, people, and culture that nurtured them and called them. It doesn't diminish their response. If you can read between the lines, you'll see.

Dr. John Henrik Clarke told us to "study what we need" and to "teach us to become responsible handlers of power."
It shouldn't take much for you to see how many writing, reading, viewing, discussion, debates, and artistic spin-offs can come from this brief lesson from AYA. You don't have to be "certified" by our enemies or their systems and definitions. If it moves, you. move. If you are inspired to use it in any form, please share that with us.

Medase to Curtis Mayfield, to the ancestors and the masses of Black people who called him and for his answer. His music is one of the key soundtracks of the Black Power Movement. Enjoy. Recommit. Win.

Excerpt from upcoming publication: How to Teach About Oppression w/o Oppressing our Children and Youth.

By Wekesa Madzimoyo August 17, 2014
Pre-launch. Please repost!  AYA is looking for grandparent-aged Africans to be apart of our Guardian Elders program and our Guardian Force. We surround our part-time, full-time, weekend academy students (youth and adults) from 6th grade through college with a Guardian force. We need you.  This may well be the most rewarding volunteer work that you ever do. Look for more info. In the meantime, if you're interested in learning more or attending a Guardian Elder informational webinar/phone conference, fill out the short interest form here: http://www.ayanetwork.com/macform/view.php?id=14507 Here's a link to a teaser. I'll have to tell the story a bit differently, but for now (pre-launch) you may get the picture: http://www.npr.org/blogs/krulwich/2013/12/16/251672253/why-we-need-grandpas-and-grandmas-part-1 . Join AYA's Guardian Elder force because an elephants head is no load for a child.  We need you! Flexible. Simple. Powerful. You can participate
Post a Comment
Read more

The Truth About the Confederacy in the United States (FULL Version)